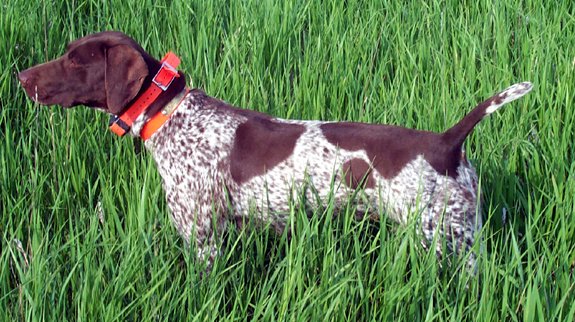 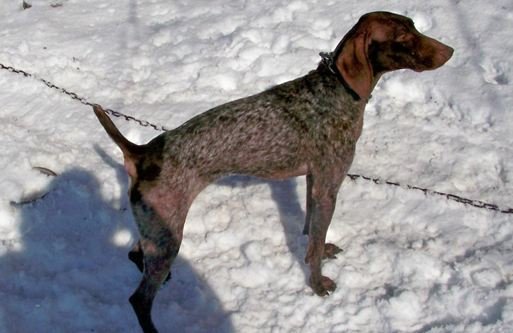 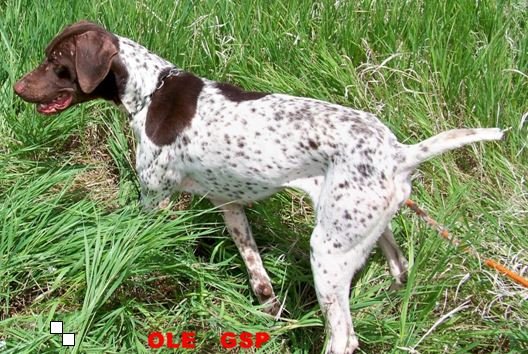 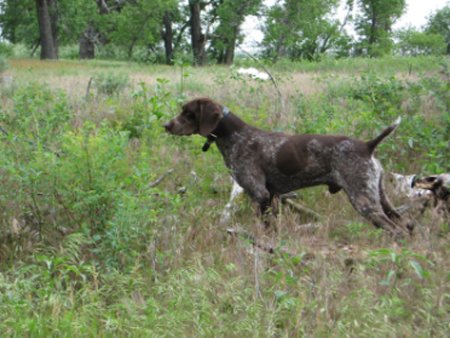 We have been raising German Shorthairs and German Wirehairs since 1973. We use them mainly for hunting. Our dogs also compete well in field trials, hunting tests, shoot-to-retrieve trials, obedience, and dog conformation shows. We have owned six Field Champions, two best of show winners, an AKC Master Hunter and two AKC Senior Hunters, and a National Futurity Winner , FC Rawhides Hay Windy. One of the dogs we bred, trained and owned was a runner-up in the 1988 German Shorthaired Pointer National Field Futurity. A pup from one of our bitches won a National shoot-to-retrieve Endurance Championship and was pictured on the cover of the American Field and NSTRA Magazines. In 1992, dogs from our breeding and kennels placed 1st, 2nd and 4th in the GWPCA National Field Futurity.

Field Trials and Hunting Tests are a means to test the performance of hunting dogs. In order to be competitive, they need a lot of stamina in order to hunt all day. They also need to be able to find birds and point them, and they have to have a high degree of intelligence and trainability. So, field trials and hunting tests give a basis of comparing dogs to a standard. Without this, you can only rely on someone's word that the dogs come from good hunting stock.